As a strength and conditioning coach and a fairly competent weightlifter I was pretty sceptical to try the Bulgarian method. Its philosophies literally threw everything I knew about training out of the window… I mean let face it, maxing out every day?? Surely that’s asking for trouble?

As I delved further into the methods I soon realised there were countless articles online, many of which warned of suffering, overtraining and a painful death should you wish to pursue its practices! I quickly came to realise that Ivan Abadjiev, the coach responsible for this method, never appeared to have recorded his exact methods as no two articles could seem to agree on the exact workout template. However, what could be agreed on is that this wasn’t a programme for the faint hearted, nor an individual unable to commit to at least 5 long training sessions per week and it was most definitely not a programme for beginners!

From what I interpreted the basic template looked as follows:

As is clear from the table, this programme was extremely basic. Nothing fancy, just the lifts in their purest forms. No one could argue that training seven days per week isn’t intense, let alone twice a day doing the same thing each training session. So how were the Bulgarians able to follow such a method and not perish in doing so?

It was a well-known fact that the Bulgarian weightlifting team were using drugs during this time era. However, so were many other weightlifting teams so to think they weren’t “supplementing” their training would have been naïve.

It is important to state that any training method used has numerous advantages and disadvantages but here are a few distinct to the Bulgarian Method:

In the interest of finding out whether or not someone like myself, an intermediate drug free weightlifter, could run this programme with success, I decided to make a few modifications and give it a try. Naturally, as with starting any new programme, I wanted to make sure I knew what I was getting myself in to.

I would usually train four to five times per week with fairly high volume using moderate to heavy loads. Only occasionally would the loads used exceed 90 percent of my max lifts. At the time, my maxes prior to the Bulgarian Method at 83kg bodyweight were:

I made a few adjustments but below is what my training template looked like:

Mainly for vanity, but also to help assist with muscle imbalances/weaknesses, I added some accessory work. This work was never taken to failure as I didn’t want to impact recovery abilities any more than need be when maxing every day. The accessory work included a glute exercise every day and some upper body and trunk work on alternate days:

Trunk: Ball rollouts superset with Back extensions on GHR

If there is a space after a number followed by a ‘x’ then that represents how many sets or reps I performed i.e 108 x 2 means 108kg for 2 reps 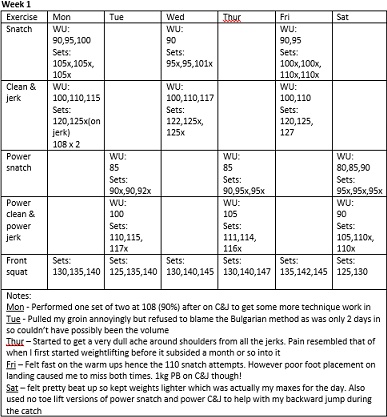 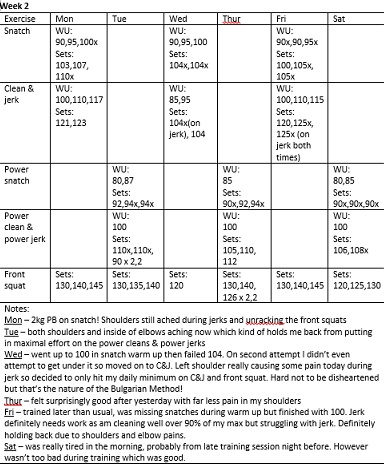 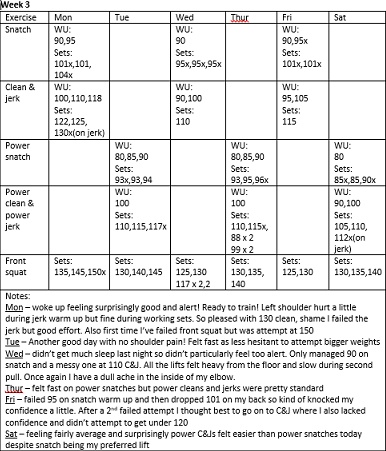 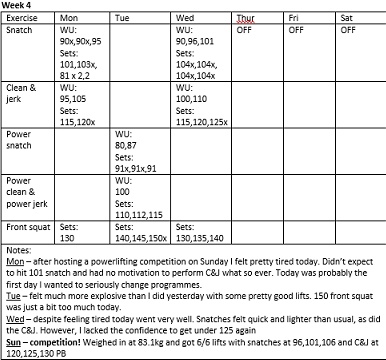 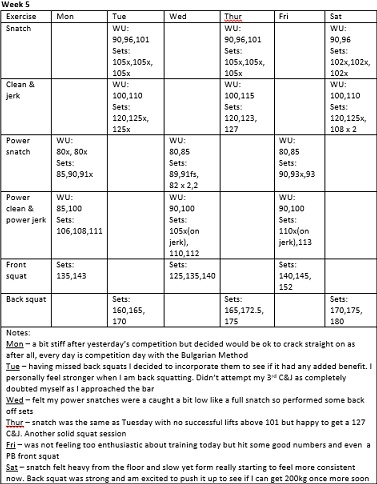 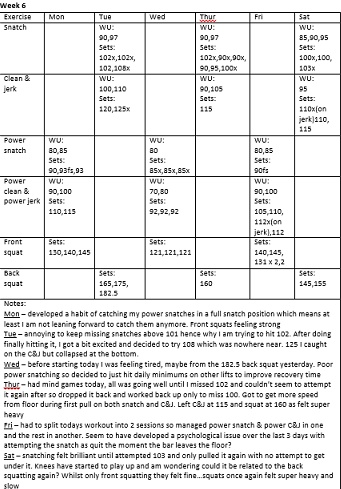 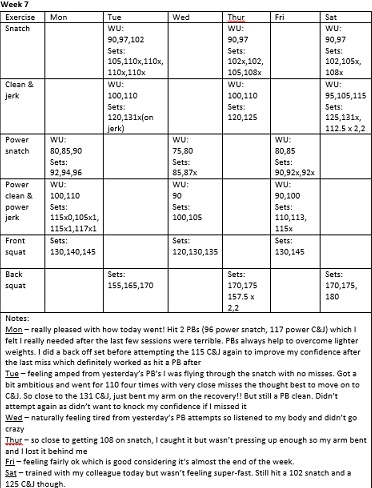 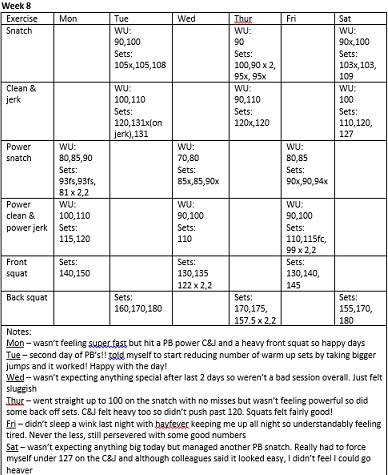 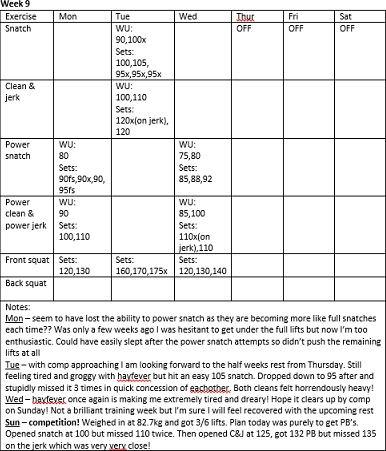 Although not without flaws, after 9 weeks running the Bulgarian method it is clear that its methods work. I competed twice in this period achieving PB’s in each. My progress of each lift can be seen below:

Looking at the statistics, I have added 10kg total in the competition lifts! This is in my opinion a very successful block of training for the intermediate lifter.

As mentioned at the start, due to the nature of the programme and only performing the lifts in their purest sense, I do feel like I have picked up some habits that assistance exercises could have addressed. For example, not finishing some of my pulls during the lift and jumping backwards slightly may have not been an issue if I had included snatch or clean pulls. I also feel that the progress I made was due to the adaptation of the neuromuscular system to repetitive heavy loads rather than an improvement in technique. There was also little to no progress in my squats (although it should be said that this was never the goal).

So is the Bulgarian Method more effective than more conventional methods? I would argue not necessarily. I feel this method is best used as a block, similar to how I used it, for short periods of time to make the body adapt to heavier loads. I also feel other programmes would be more enjoyable with a variety of stimulus to work on different aspects of technique.

All being said, I did achieve success with this method and I would use it again when I feel like I need to push my numbers up some more and technique is less of a concern. I feel more confident with both lifts and have also improved my consistency and success rate when lifting with 90% or more. 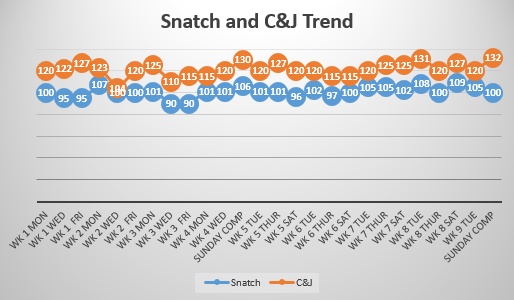 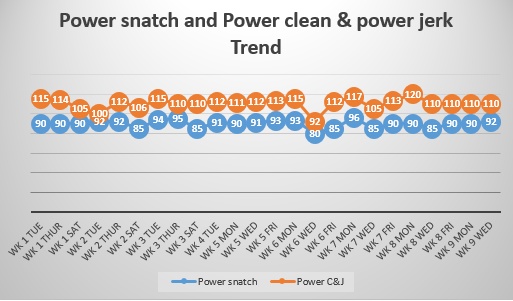 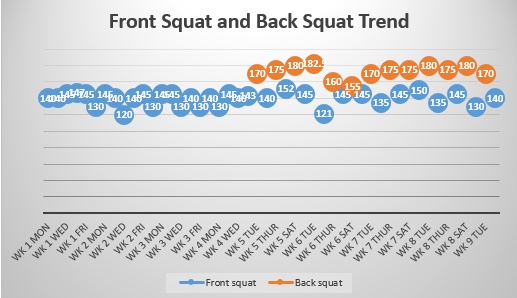