Sport Specific Training… What is it and how do we train for it? You often hear coaches talking about performing an exercise because it is ‘specific’ to a sport, and therefore it is ‘functional’. Basic human movement allows us to push, pull, squat, lunge, bend and rotate. So before we can deem a sport specific exercise suitable we need analyze a few key areas.

When looking to enhance an athlete’s development in terms of his effectiveness on the field, it is important that all aspects of his training are looked at. As previously stated, we have several basic movement patterns and it is vital that all of these are trained to allow an athlete to perform at his best. Whilst addressing these issues, there will be times throughout his annual plan when it is important that he trains specifically for strength and then there will be times when he trains explicitly for his sport. So when looking at the latter, is it safe to say that it is ok to perform an exercise if it follows the same movement pattern as that of a movement commonly seen in the sport being trained for?

Before we answer that question, there are a few things we need to consider. Performing an exercise simply because it imitates the same movement of that in a sport would be wrong, and more than likely, detrimental to the athlete’s performance. It is common to see athletes perform an exercise in the gym exactly the same way as it would be performed in the field, i.e. attaching a cable to the ankle and performing a kick as it would be performed in football. What has to be understood is that the best way for athletes to train a certain skill is to do the skill itself. Loading that particular skill by using resistance could result in severe muscle imbalances by over emphasizing particular muscle groups and neglecting others. 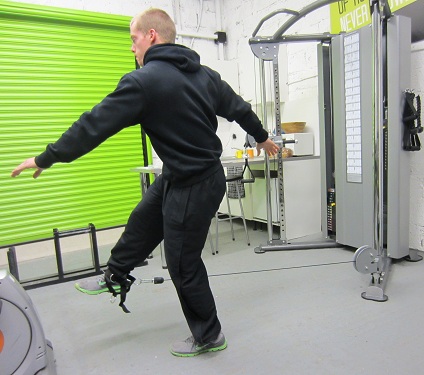 It is crucial that when selecting ‘sport specific’ exercises that we look at the speed of which the movement is being performed at. Using our previous example of the football kick, think about the speed in which it would be used in a game. Now consider the speed in which it would be performed at with 20kg added to the ankle. It should be clear that this would clearly change the way in which force can be applied and potentially change the movement altogether. 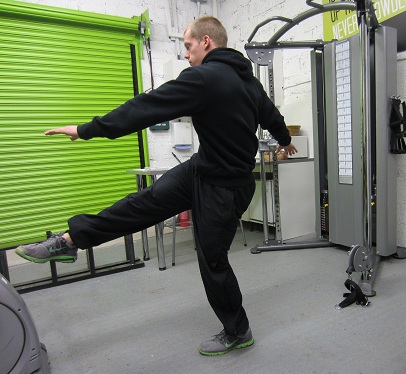 Also worth noting is how the movement produces force and the rate in which it does so. For example, does the movement have a loading phase or a counter movement, or is force produced isometrically or concentrically? What range of motion is the movement performed in? It is a fact that more force can be produced if the muscle is taken through a greater range due to a number of things such as tension in elastic tissues.

In summary, when choosing exercises that are specific to a sport, it is important that the whole movement process is taken into account and not just a part of the movement. Take into account the following:
• The prime movers of the movement: be sure not to overwork them and pay considerable attention to the antagonists to help reduce the risk of injury and reduce muscle imbalances
• Look at the speed of the movement: would loading the particular movement change the speed in which it is performed and therefore have a detrimental effect on the skill
• The way the movement produces force: does an exercise require a counter movement, or does it require high levels of isometric strength or other dynamic contractions
• The range in which the movement is being performed: does it require a large range of motion or is the movement over a shorter range of motion? Both of which will decide how much force can be applied