The back squat is known as the ‘King’ of all exercises, but too often they are being performed incorrectly and there is much debate as to how implement the squat safely and properly. This article looks to explain how to use the squat as part of program. 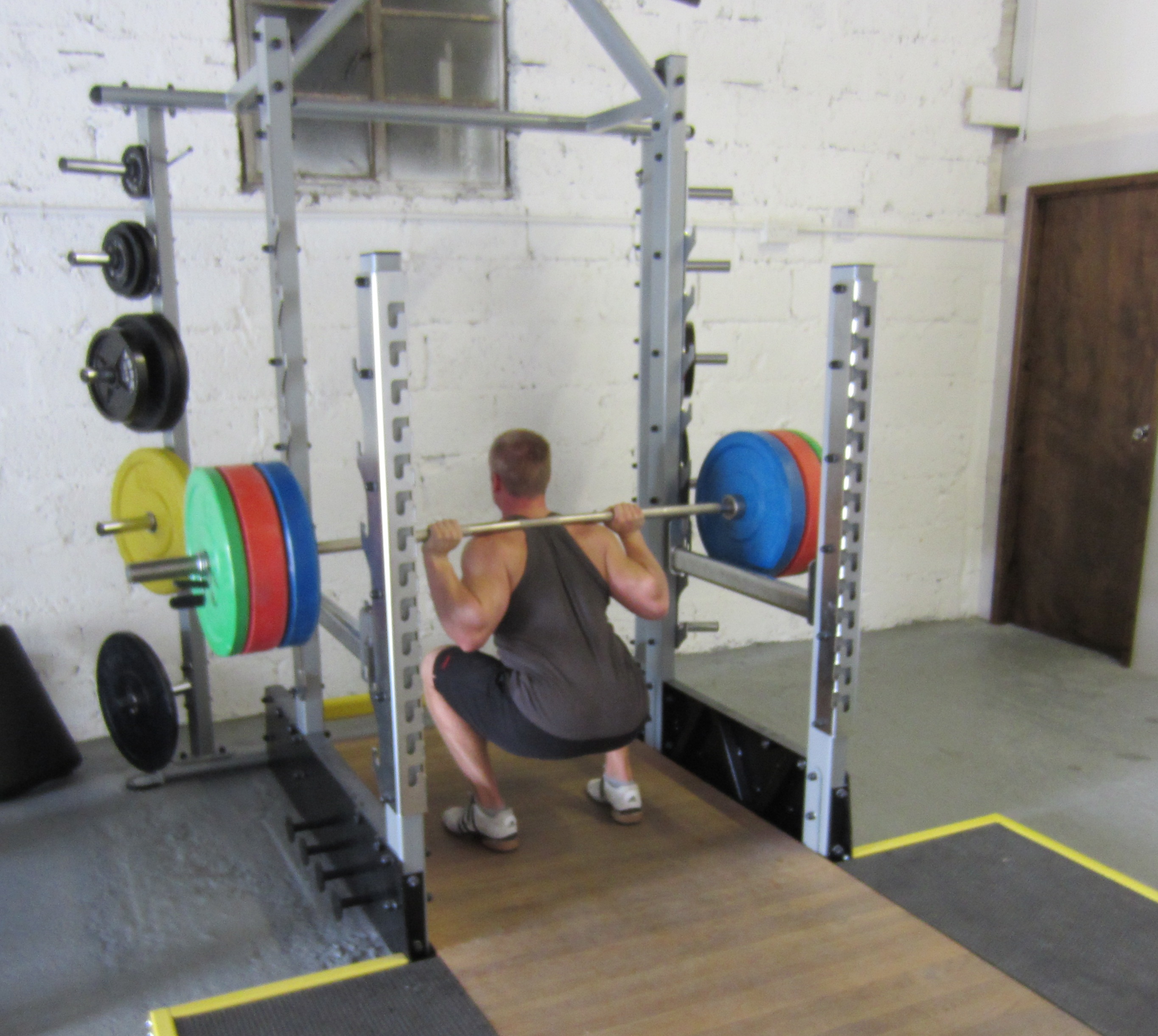 Below are a list of key muscles and their muscle action that are used during the correct execution of a squat:

Common debates that circulate the squat are the depth to which to squat and whether or not the knees should go past the toes in the bottom position. 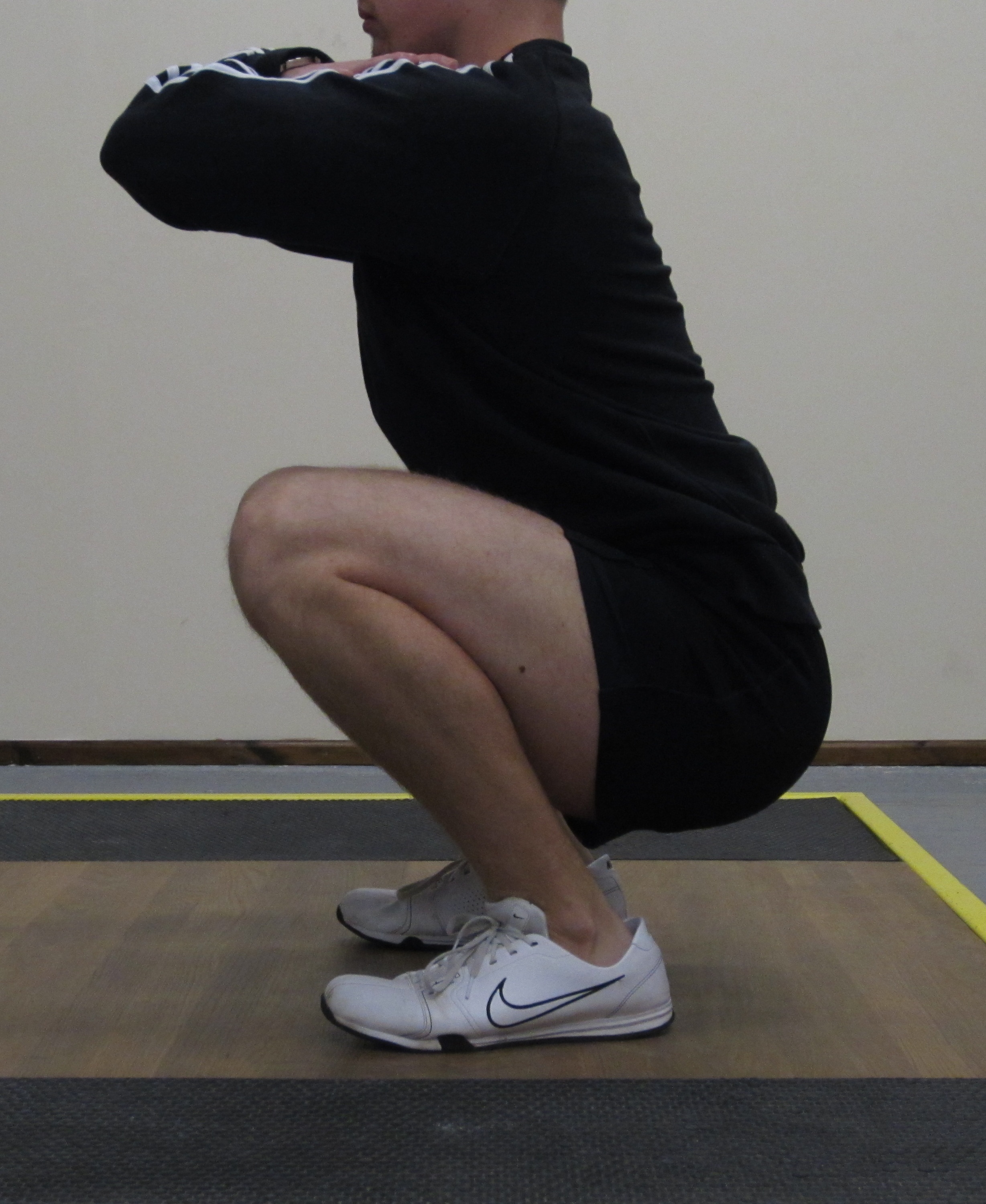 The amount of torque that the knees are subject to brings us to our second issue. It is quite common to see people squatting but not allowing their knees to go beyond their toes. The squat depth and the inclination of the torso will depend on whether or not the knees will move in a forward motion beyond the toes. Shearing forces through the knees are increased by allowing them to move forward. However, if the stress is redistributed evenly via the hip and lumbar spine, as well as the knees, then torque on the knees decreases. Allowing too much of an inclination of the torso will reduce excessive forces through the knee but leaves the lower back open to injury. The key to a safe and effective squat is to achieve a correct balance between the torso having a forward inclination and allowing the knees to go beyond the toes. 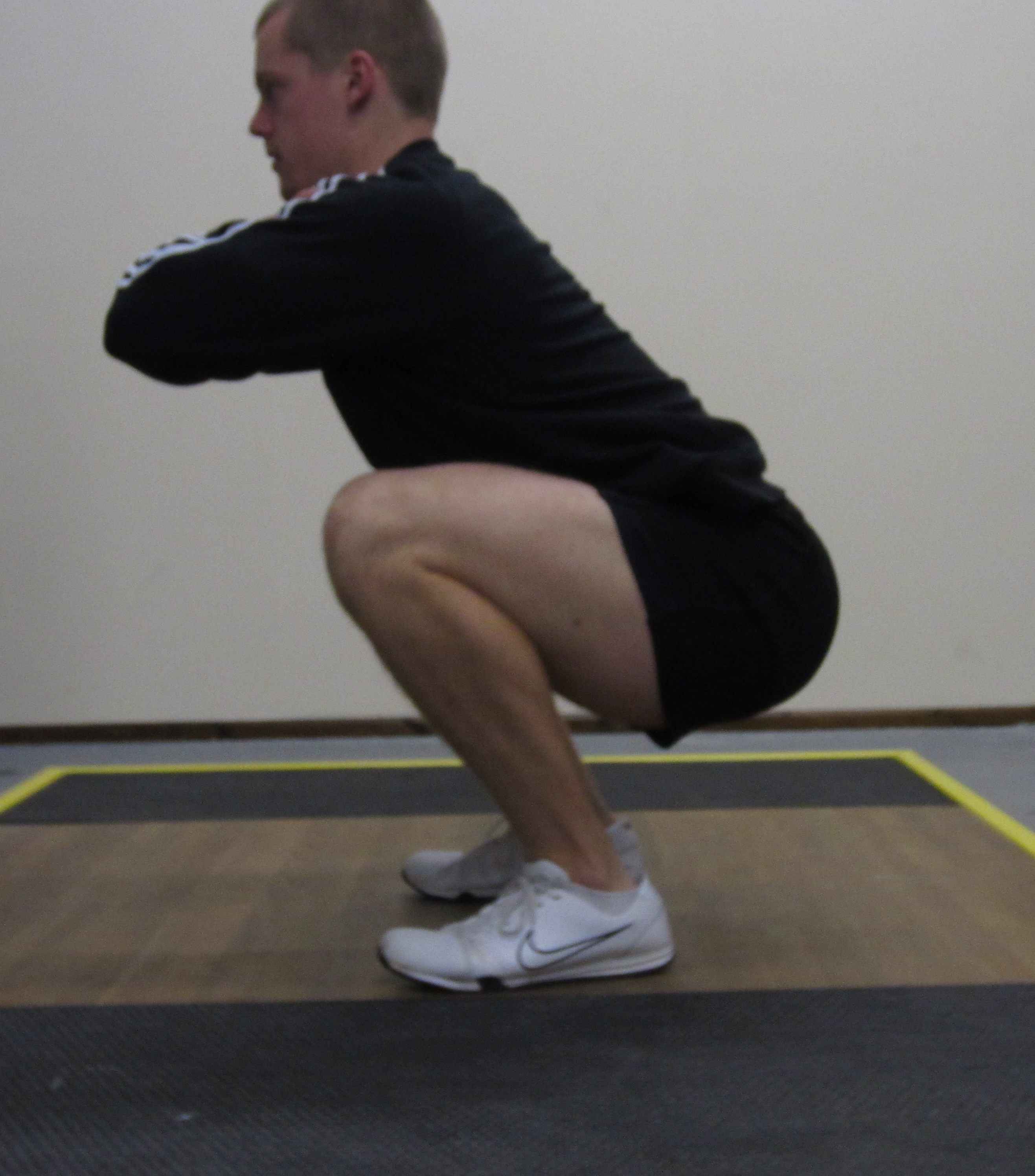 The text below outlines the key movements that need to happen to execute a full squat:

Start position
– Hands are evenly spaced on the bar as close together as possible to facilitate shoulder retraction. This will help ensure the chest is kept high throughout the movement but will not allow the torso to lean too far forward
– The bar can be placed across the upper traps and rear deltoids (High bar) or across the lower traps (Low bar) 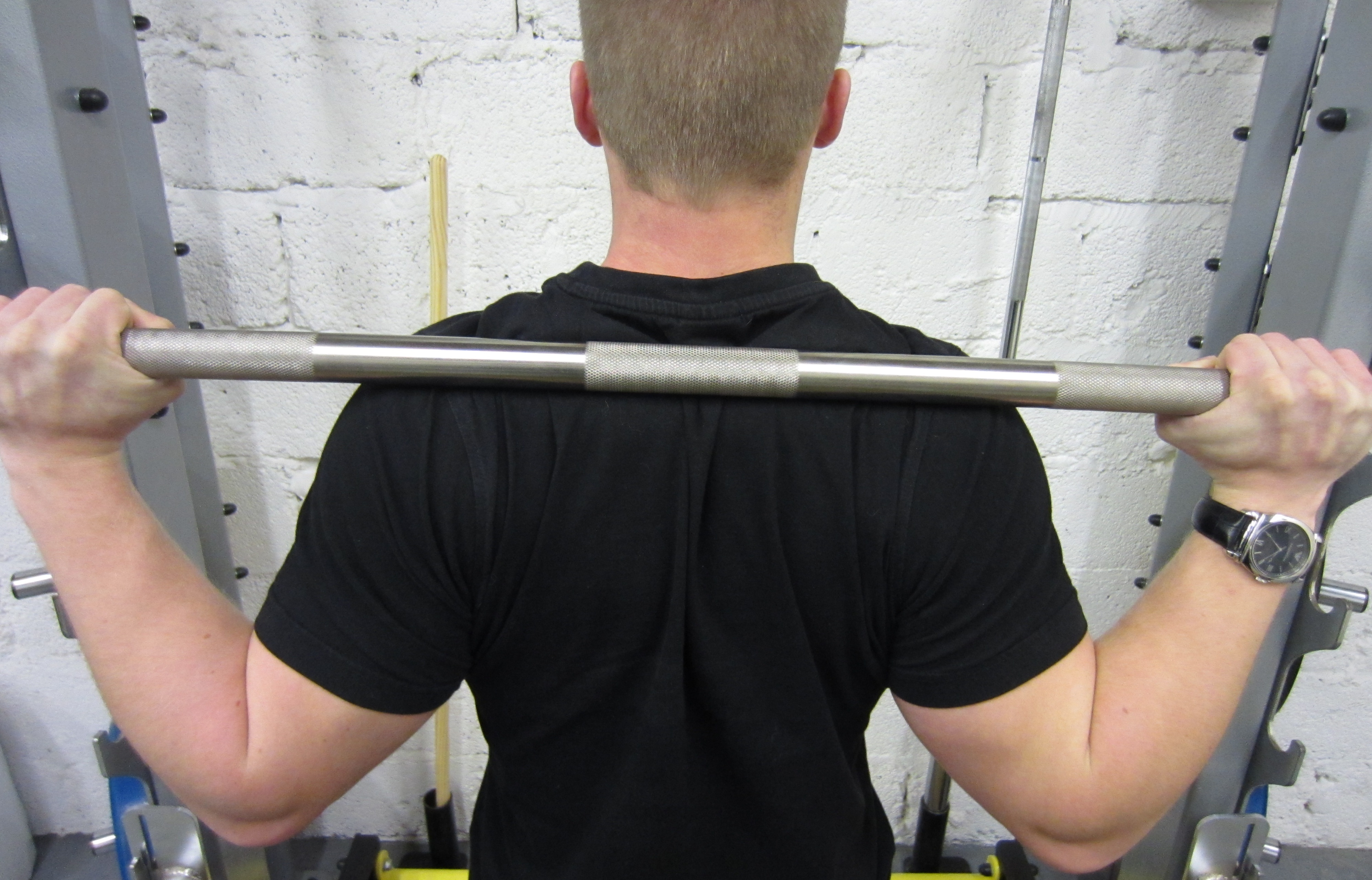 – Standing erect through the spine with the hips and knees braced. Feet positioned just outside shoulder width with the feet pointing slightly out, you are now ready to descend

The descent
– Holding your breathe and bracing your abs to increase intra-abdominal pressure, unlock the hips and begin to flex the knees with a slight forward lean on the torso
– Hips should sink below parallel and the feet should remain flat throughout allowing the knees to go beyond the toes but maintaining alignment (i.e. knees not adducting inwards)

In summary, the full depth back squat is a powerful knee and hip extension exercise, which if implemented correctly, with appropriate loading, will allow strength and hypertrophy adaptations to occur. Full depth squats have shown to reduce knee laxity, improve knee stability and improve ligament and tendon strength by recruiting more fibres. The squat is suitable for any athlete and should not be neglected if seeking performance gains.